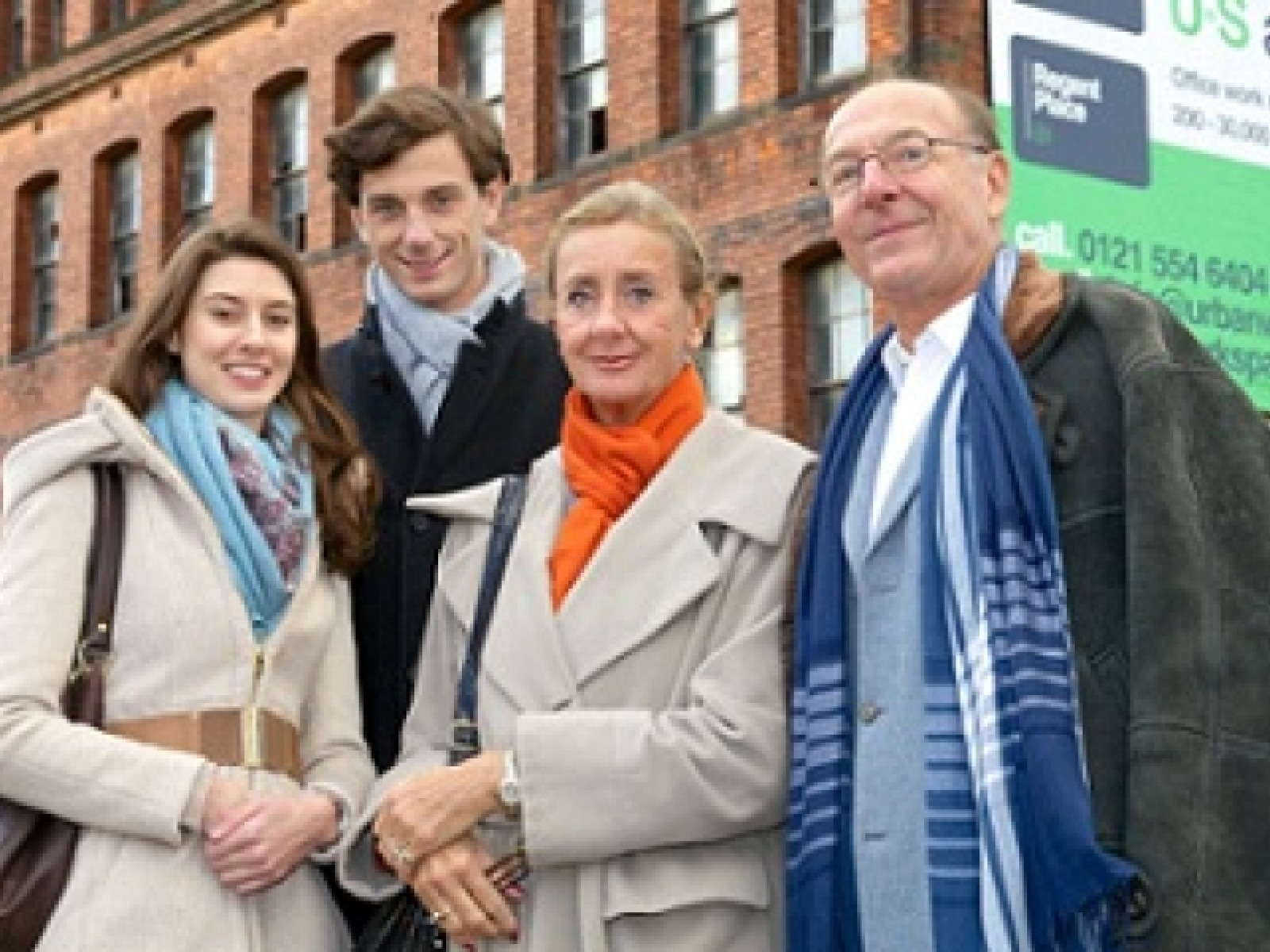 A mother from Vienna brought her son to Birmingham recently to join in the 150thanniversary celebrations of her great-great-grandfather’s engineering firm – 98 years after the British Government branded her family as ‘enemy aliens’.

Dr Ruth Brandauer and her son Jakob visited Brandauer as part of a series of events to mark the milestone anniversary for the company, which now manufacturers high precision metal pressings for electronics, medical, healthcare, construction and renewable energy sectors.

They visited their ancestor’s original factory in New John Street West before a grand dinner at Birmingham’s Museum & Art Gallery in the company of guests from the city, local industry/heritage organisations, shareholders, other family members and employees past and present.

To coincide with the anniversary, BMAG is currently hosting an exhibition of the firm’s Victorian steel pens and some of its high-tech modern components as part of the recently opened Birmingham History galleries.

“We were delighted to welcome the ancestors of our co-founder Carl Heinrich Immanuel Brandauer and celebrate how far the company has come since its creation in 1862,” explained John Berkeley, former Chairman of Brandauer.

“As part of the trip, we showed them both the original and new factories, gave them a guided tour of the West Midlands and also detailed some more recent developments, such as our pioneering work in the Large Hadron Collider and our involvement in the Midlands Assembly Network.”

Brandauer was founded in 1862 by Carl Brandauer and Joseph Letiere Petit and soon became one of the leading steel pen makers and a driving force in Birmingham, then the centre of the global industry with more pen factories located in the City than the rest of the world put together.

However, at the outbreak of the First World War, after half a century of investment and innovation, the Brandauer family found themselves classed as ‘enemy aliens’ and stripped of their property.

Carl Brandauer’s son Frederick was arrested and imprisoned in a detention camp on the Isle of Man, where he committed suicide in 1918 rather than be repatriated to Germany.

Jakob Hutthaler, speaking at the event, said: “It was fascinating to see where my great-great-great-grandfather laid the foundation stone of what has become a great family business. Of course, I see it with mixed feelings, as the story was immediately over for our family when the First World War started.

“Going forward, I wish Brandauer another 150 years of success and I hope that we stay in touch.”

The company survived the two world wars by adapting to market conditions and investing in automation, with the installation of its first three process presses in 1935.

Pen manufacturing continued to be the bedrock of sales until the early 1950s when the business switched its attention to making the most of the early stages of the electronics era, supplying components such as switch inserts, cartridge contacts and flat stylus arms.

Today, the firm exports 75% of its sales overseas to more than 20 countries, including millions of components to the United States and China.