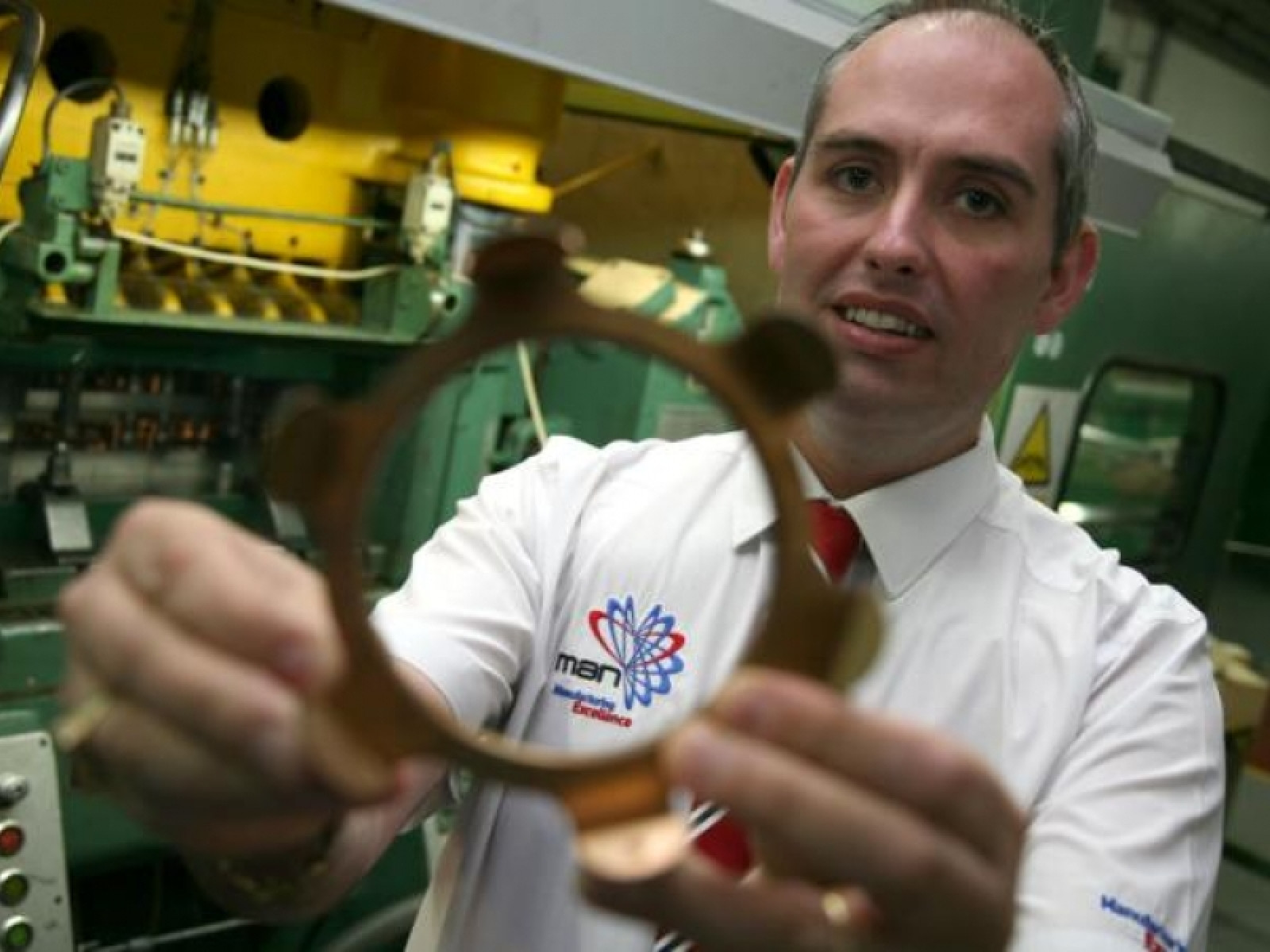 Brandauer marks its 150th anniversary with a £3.5m order boost

Brandauer marks its 150th anniversary with a £3.5m order boost

A world leader in precision pressings and stamping, whose history spans three centuries, is celebrating in style by announcing major contracts worth £3.5m.

Brandauer, which employs 50 people at its headquarters in Birmingham, will begin production on a range of new complex components destined for the automotive, security detection and renewables markets this year.

It marks the start of yet another new chapter for the company, which was founded in 1862 and soon became one of the leading manufacturers in the Birmingham pen trade, exporting throughout the world.

Located less than 200 metres from its original Grade II listed factory, it remains an independent, wholly family-owned business, now in its sixth generation.

Today, it continues to be a global leader in the development and supply of precision metal components and currently exports billions of parts every year, from China to the United States.

“2012 is a massive year for Brandauer and one where we can reflect on our 150 year history, celebrate our achievements while looking forward to future growth,” explained Rowan Crozier, Sales and Marketing Director.

“The new contracts are a perfect start to the celebrations and illustrate how we are using the same skills of quality and innovation, that were fundamental in founding the business, to secure the firm’s future.”

He continued: “We are also investing close to £1m on state-of-the-art equipment, including two new high-speed Bruderer presses that will produce up to 2 billion parts every year.”

Under its bold new 150th logo, Brandauer plans to exploit its anniversary to the full, including publishing a 36-page history of the family business, VIP visits to the factory, and a design competition for first-year students at the Birmingham School of Jewellery.

The company will also be exhibiting at Southern Manufacturing, MACH, Subcon and MicroMachining Live.

David Spears, Managing Director, continued: “Very few family-owned manufacturing businesses reach their sixth generation and we owe it all to the skill and dedication of our workforce. The 150th anniversary is a great opportunity for us to celebrate our achievements and the excellent relationships we have with our customers and suppliers, some going back 40 years or more.

“Apprenticeships have played a vital part in the company’s story, from the very beginnings of the business to the present day, as I started my own career as a Brandauer apprentice.”

John Berkeley OBE, Chairman of Brandauer, picked up the story:

“Attracting new young talent will be one of the key themes for 2012, using the anniversary to promote engineering careers in schools and further afield.

“We will also be co-operating with Birmingham’s Thinktank science museum at Millennium Point and the city’s Museum and Art Gallery to display our products, both old and new.”
Brandauer – one of ten independent companies that work together as MAN (Midlands Assembly Network) - produces in excess of 4 million parts every week for customers in the automotive, aerospace, electronics, medical and alternative energy sectors.